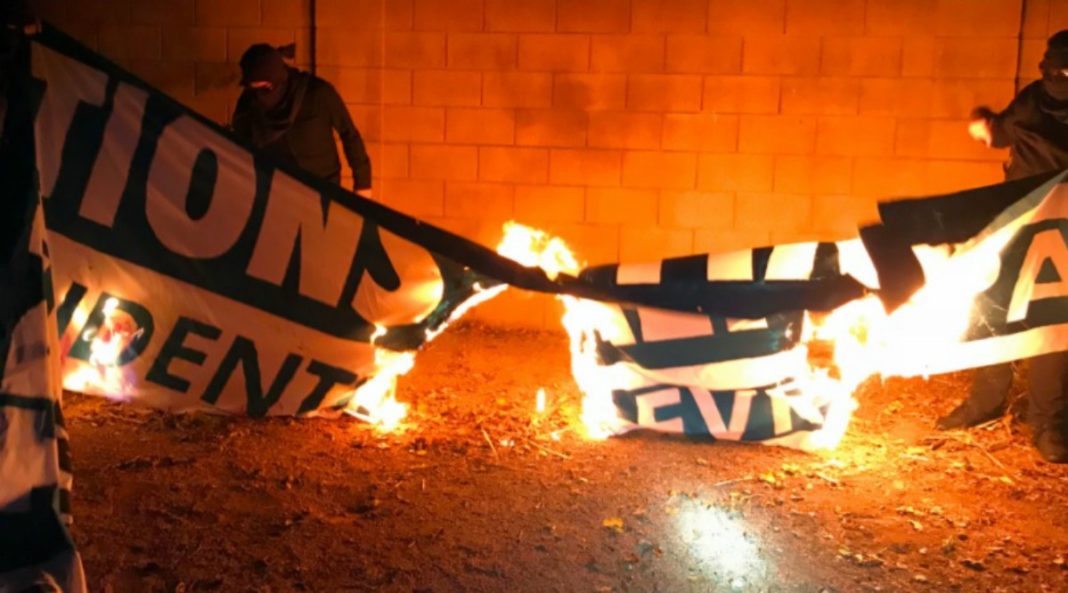 Yesterday the Alt-Right neo-Nazi group Identity Evropa placed up several banners on freeways across the US. The following anonymous submission details how long the one in Tempe, Arizona lasted. Identity Evropa was one of the key groups which organized and participated in the deady Unite the Right rally in Charlottesville, VA. In the wake of the blowback from the event, the group has replaced its leadership twice since August, and is currently led by Patrick “McLovin” Casey.

Tempe anarchists quickly removed a banner from the “alt right” white nationalist group Identity Evropa, after the group dropped the banner from the Mill Ave bridge during rush hour, presumably hoping lots of drivers would be moved by their message of “traditionalism.” Some Tempe anarchists were also in traffic that rush hour and witnessed these white nationalist bozos in Santa hats taking a photo of the banner. Minutes later the banner was town down, the Identity Evropa activists had fled. 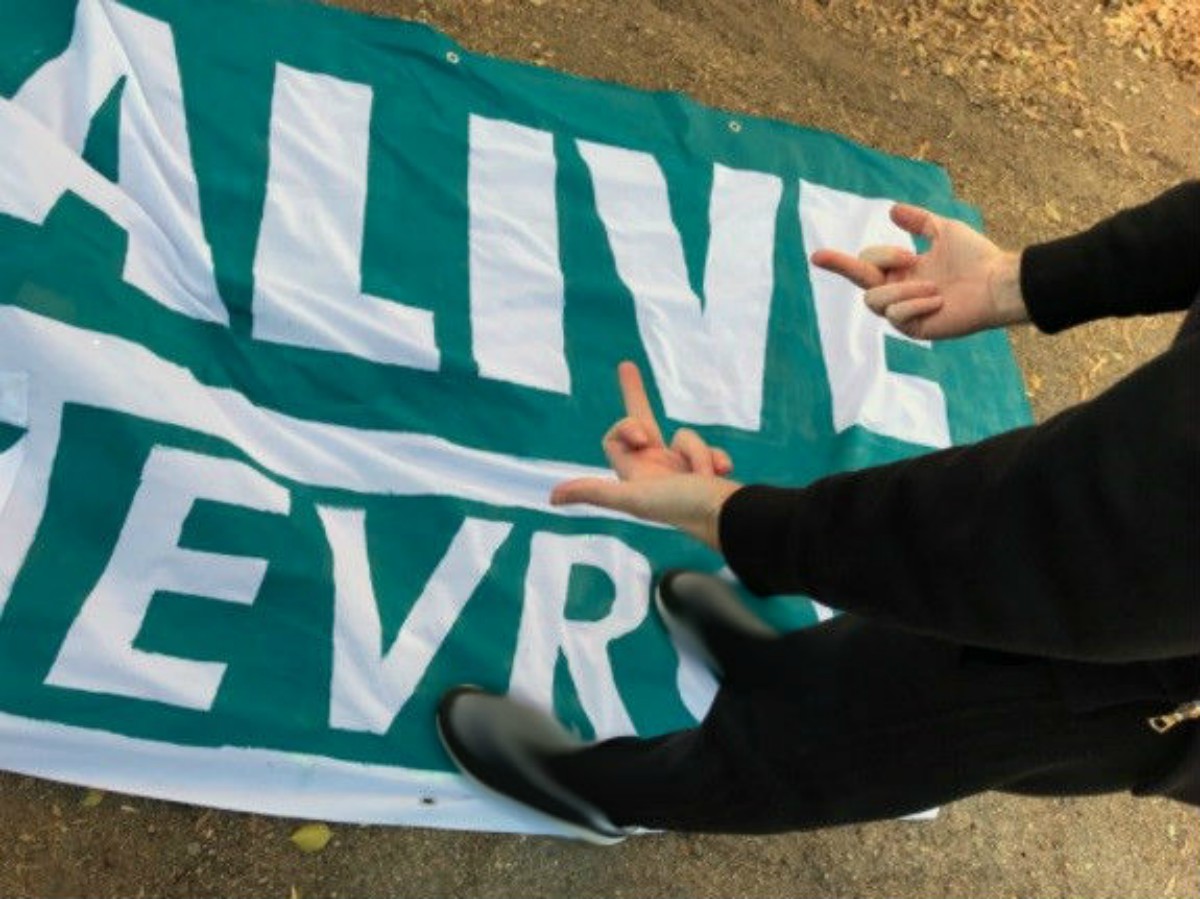 We had a laugh as we destroyed it; it was a 30 foot banner that clearly took some time to make and was seen for just a few minutes. In addition, Identity Evropa propaganda appears periodically around the Tempe campus of ASU and is repeatedly pulled down and destroyed, sometimes by anarchists or anti-fascists, other times just normal people 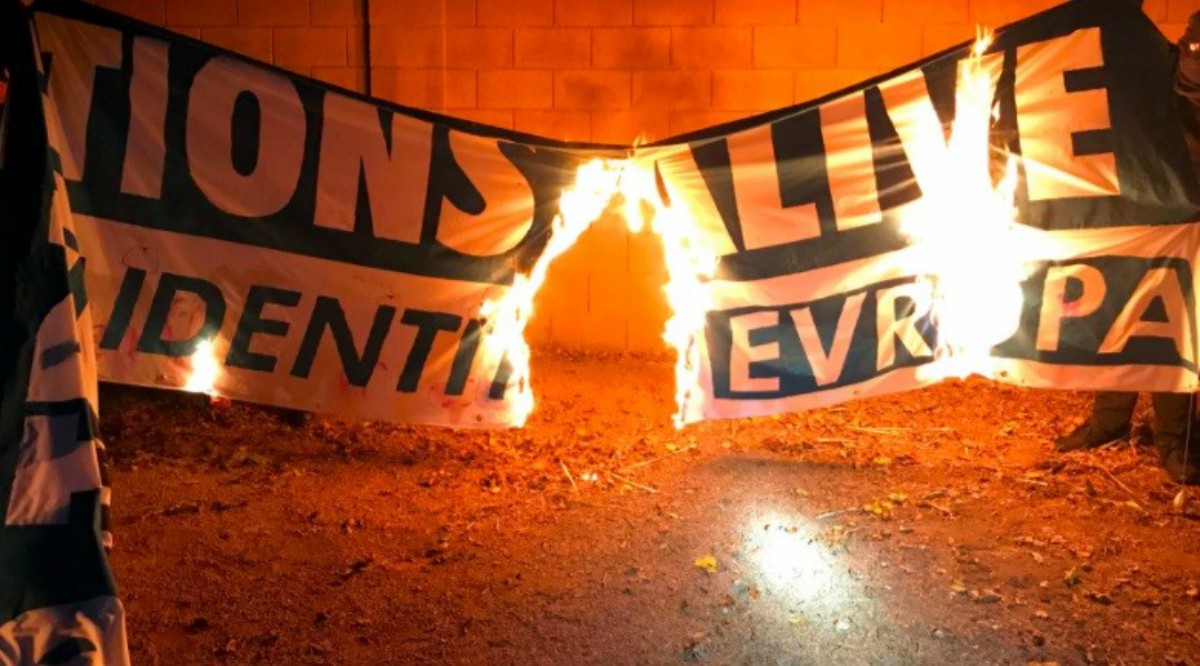