One of my biggest frustrations is seeing the anti-fascist resistance to white nationalists reduced to antifa as a glorified community defense body, rather than an insurrectionary push against these far right statist ideologues, the cops who protect them, and this entire order they defend.  We’re currently stuck with a model of anti-fascism in which the opposition to the fascist is  the limit of the action (thanks to many anarchists who willfully participate in Leftist “big tent” unity with leftists who have no interest in smashing the state) rather than as a  component of a multifaceted anarchist resistance to democracy, nationalism, statism, and capitalism. It may sound like going back to basics, but as an anarchist, I believe that the anti-statist must always by definition be anti-fascist, despite the protests of the Leftist organizer who demands anti-fascist unity first and above all else. So of course it was interesting to see anti-authoritarians not just mobilize against a far right rally in Berkeley, but to attack state power (as shown in the video embedded above) in addition to a standoff and confrontation with the cops protecting the far right.  Yes, here’s to the defeat of every last socialist, progressive, populist, nationalist, and fascist, and everyone in between looking for their shot at state power, here’s to Anti-Statist Action!

It’s not all Fritos and Polar Pops

•Circle K is a death trap if you work there or shop there, and cops love to shoot people dead and beat them down there. It’s as close to “the commons” or a gathering space as we’ve got in 21st century Arizona, and there’s blood on the floor (and the soda machine).
July 18: Man stabbed at Tucson Circle K
July 19: Man shot, killed at gas station near 35th Avenue and Osborn Road
August 8: 1 man critically injured in shooting at north Phoenix Circle K
August 10: Man shot at Circle K at El Mirage and Lower Buckeye roads in Avondale
August 16: Man shot in alley behind Tucson Circle K on East Speedway and North Sixth Avenue
August 16: Let’s hear it for the guillotine for Circle K, “I not gonna risk my life to get a candy bar and nor should the employees risk their lives for the money and the beer in there as well”
August 17: Phoenix cop shoots man in gun battle outside of Circle K

•So, with all the blood and misery offered up by worker and customer alike, I’m going to posit that robbing the death trap Circle K is ok. Which also means, customer and worker, gtfo the way when you see it happen, your Circle K overlords could give a fuck about you.
July 19: The Olympian of Circle K robberies hit 3 stores for cash, and got away (Update, he robbed 4, but was arrested)
July 24: Man robs Tucson Circle K of cash and cigarettes, escapes
July 30: Cops still looking for hero who robbed Tucson Circle K of cash, booze, and cigarettes
July 30: Yuma Circle K robbed of cash, clean getaway reported
July 31: Customer makes unauthorized withdrawal from Circle K register, cops clueless
August 15: Masked person claims to have grenade, gets handed register cash at Flagstaff Circle K
August 17: Phoenix cop shot at stop in front of Circle k

Cops, Alt-light, and other useless idiots

•Glendale cops got it out for Victor Reyes, dude has been sentenced to a year and a half after the cops came to his house to make an arrest for an alleged fight 2 weeks before.  Because the homie Victor wasn’t expecting a bunch of cops to come breaking into his house in the middle of the night, he opened his door and pepper sprayed the 3 cops, natch the cops bring out the SWAT team and arrest him. Because he had previously been combative with cops during a mental health call in 2006, a Superior Court commissioner has sentenced him to a year and a half in prison for this bullshit. None of the cops who arrested him showed up to his trial and the commissioner “noted that if one of the Glendale officers had been present in court, he would have liked to hear an explanation about why they took more than two weeks to apprehend Reyes after the May incident, and did so at roughly 10:40 p.m.” Cops and their bud the commissioner ain’t trying to help Victor out though, it’s not like the commish doesn’t have the authority to drag those cops into court and make them answer for what they did, actually that little speech probably made the commissioner feel like he was one of the good guys that day, “more fair than most” he tells himself.

•The far right, Phoenix oriented freak show AZ Patriot Movement went to Tucson for an event billed as “Refuse Alt Left Fascism”, presumably expecting  “La Raza” and Antifa (“an-tee-fuh”) to show up and impose the dreaded alt left fascism which Tucson is renowned for. Instead, it was really hot, no militants showed up or “alt left fascists”, and some guy got to yell  the national anthem.

•Honestly, this is probably the only decent thing David Garcia had going for him: David Garcia Staffer Resigns Over Old Tweets, Including ‘Fuck You’ to Arizona #acab #ftp #shitholeamerica 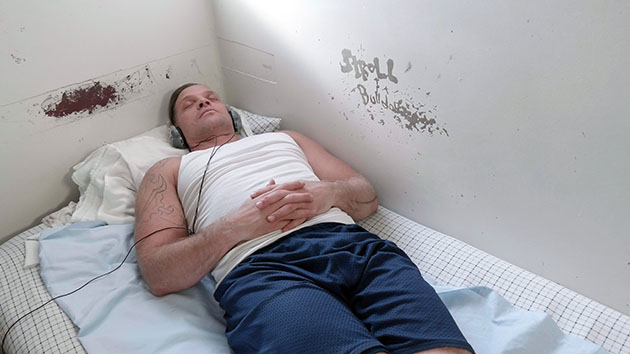 •On death row in Nevada: “I don’t even really want to die, but I’d rather die than spend my life in prison.”

•California had its hottest month on record in July, and Death Valley had world’s hottest month ever. I’m not saying it’s too late to challenge the entirety of the concept of human civilization (but we all know it is), but all the mocking leftists better remember all the shit they talked on anti-civ when they’re drinking toilet bowl water to stay hydrated in 25 years.

•The best interview of the week, Vulture interviews Penn Jillette on the illusions of Libertarianism, magic, Sigfried, and working on The Apprentice with Trump.

•Here’s to the weekend (if you get one), I’ll be back with another Bullet Points in a week or so.